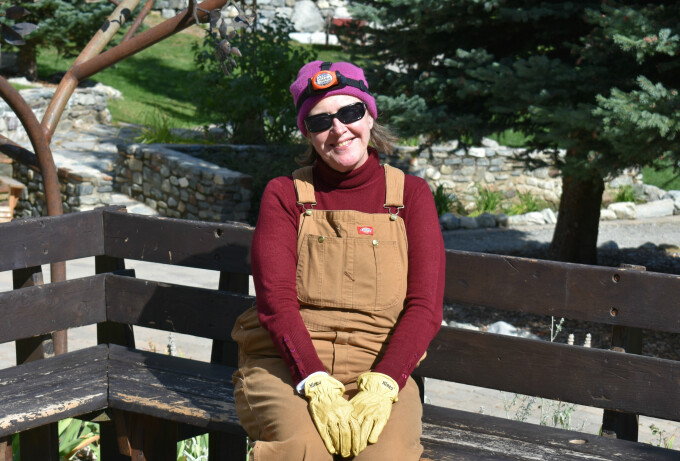 Our seven-member Bethany work crew is home after having spent a week in early October at Holden Village helping to close it for the winter. Make no mistake about it; the work was hard and the hours long. But we accomplished what we set out for, and the Holy Spirit shined brightly in our midst.

Let me tell you, we chained wood, about 100 cords of it (We had help). Chaining means that about a dozen of us Mavericks line up facing each other and pass cut firewood from a pile through our chain to the last person, who quickly stacks the wood. We stuffed “Dante,” a huge shed, with 60 cords. Dante supplies much of the village with heat and hot water. We tucked a similar amount of wood under the large Koinonia and Visitor Center structures, as well as under a few of the chalets.

Dumptrucks brought us the wood from the nearby Holden wood yard, where a large machine cut the wood up, all done automatic. The work was very hard, from 8:30 in the morning to 4 in the afternoon. We made friends, however, which made the burden light. Mavericks included Steve Christensen, Dave Christensen, Lloyd Pritchett and myself.

Chris Christensen was enlisted to help close one of the lodges. That work entailed scrubbing everything down, waxing furniture and pulling off quilts to be washed. Colleen Chupik was called on to update office filing systems and then add yarn to the stashes in the Holden Store. Gail Christensen cleaned the Hike Haus.

Twice a year, Holden receives a giant stash of goods that include food, tools and paper products. Four truckloads arrived. This time, work-weekers formed a giant human chain that led from the trucks into the dining hall, down the stairs and into the storage rooms. In three hours, everything was put away. The human chain, in good spirits, passed a giggling girl from the Holden school through its ranks before calling it a night.

We were given Friday afternoon off, and many of us took the opportunity to take short hikes. It’s been three years since the devasting Wolverine Fire that roared so close to Holden. Undergrowth of St. John’s Wort, Solomon’s Seal and Oregon grape has appeared, but the mountainsides still are covered with spires of blackened tree trunks. Fire-damaged trees routinely topple during bad weather. Holden and the U.S. Forest Service are cutting some down to lessen the risk of people getting hurt.

The weather was sunny for much of the time. Yellow larch trees lit up sun-kissed ledges on the mountainsides. Deer, chipmunks and picas were everywhere. The air smelled fresh and clean, the water in the creeks sparkled.

The $600 million remediation of the former Holden copper mine is now complete. Now Rio Tinto, owner of the former mine site, is monitoring Railroad Creed for poisons. So far, the water is clear. Small fish are reappearing. Rio Tinto will be at Holden Village for many decades to come as it continues to monitor the creed for particulates that are in the tailings left over from processing the copper.

It was good to be among familiar friends from Bethany, but we bonded with new friends. Many of the Mavericks filling Dante were Vietnam or Vietnam-era veterans, and shared their stories among themselves. A 12-member group from Grace Lutheran Church of Port Townsend also became our fast friends.

I miss them very much, but to tell you the truth, I’m going to let a little time pass before I do another Holden work week.

Posted by Rachel Pritchett with
(Login/Register to leave a comment)